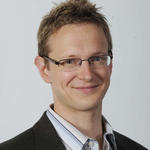 Coalescing dual roles as artist and teacher, Aaron Brant performs a heavy volume of orchestral and chamber music concerts, as well as teaches a wide array of students.

As an orchestral musician Aaron serves as principal hornist with the Dayton Philharmonic, where he has been featured as a concerto soloist, as well as performs with the Cincinnati Chamber Orchestra as principal horn.

As a chamber musician Aaron is an Artist-In-Residence as a member of the Spectrum Brass and Faculty Wind Quintet at the Bay View Music Festival. At the festival he teaches and coaches advanced conservatory students and graduates from across the country on the art of chamber music.

Prior to taking residence in Dayton, Aaron was the principal horn of the South Bend Symphony for four seasons. In South Bend he made his solo debut in 2009, performing Richard Strauss's Horn Concerto No. 1. Aaron also spent four seasons as third horn of the Ann Arbor Symphony, regularly filling in as principal horn. He is a frequent substitute with the Cincinnati Symphony Orchestra where he has also filled in as Associate Principal Horn. In addition to orchestral work spread over eight states, Aaron has performed with a wide range crossover, jazz, and pop artists like Josh Groban, Diana Krall, Mannheim Steamroller, and Andrea Bocelli.