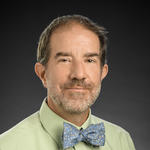 Aaron Wolpert studied Classics and Classical and Near Eastern Archaeology at Haverford and Bryn Mawr Colleges (BA) and worked on a PhD dissertation on cultural memory in the Aegean Dark Age at the University of Cincinnati, where he received his MA.

Mr. Wolpert regularly teaches a survey of Greek and Roman cultures and a review of ancient Mediterranean myths. He also offers courses on ancient gender and sexuality, the Hellenistic world, the Minoan/Mycenaean palaces, and various Greek and Latin texts.

Mr. Wolpert has published on the Mycenaean shaft graves, on Cycladic prehistory, and on Ottoman fortifications and bureaucracy. His current research touches on mortuary behavior and the conceptualization of living and dead bodies in prehistoric society, on modernist (mis)readings of Mycenaean administration, and on the cultural politics of Classics in the American academy. He has spent several summers in Greece and Albania, working as a team leader and field director on surface survey archaeology projects on Kythera, Antikythera, in the vicinity of Knossos, and in the hinterlands of the archaic Greek colonies Apollonia and Dyrrhachium in Albania; and he has reported on this work in various publications and conference papers.