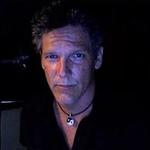 Byron holds a B.A. and an M.A. in English from Wright State University, Ohio and his areas of teaching specialization include English composition and rhetoric, research, argumentation, politics and the novel, and dramatic writing in the WSU Department of English.

In academia, Byron has brought his professional musicianship to numerous creative contributions to the Wright State Community and beyond, especially his work creating sound and directing music in San Francisco's legendary Magic Theatre, the University of Florida theatre and Wright State University’s nationally renowned theatre program.

Byron is a professional guitarist, and his website may be found here: https://byroncrews.com/

As an actor, he appeared in Wright State’s theatrical production of John Sayles' Halfway Diner and has directed music for theatrical productions including the University of Florida’s Sam Shepard's Curse of the Starving Class and Annie Proulx's The Bunchgrass Edge of the World at San Francisco’s legendary Magic Theatre.

Other professional musical soundtrack and production credits include film documentaries Guilty as Charged, The Dreamcatcher and Personal Belongings, filmed and directed by Steven Bognar, an Oscar-winning and award-winning documentarian and  American-Hungarian filmmaker, whose films have been screened at SXSW, Sundance, and the Ann Arbor Film Festival.

Populated by bizarre characters caught in unpredictable and violent circumstances, Byron’s short fiction has appeared in Mudrock Stories and Tales, Nexus and an anthology of fiction for apprentice writers, Gravity Fiction, nominated for an Eric Hoffer award.

* Writing Across the Curriculum Faculty Recognition Award; Wright State University; The Center for Teaching and Learning Faculty Luncheon; May 28, 2010

* Excellence in Teaching with Writing Award; Wright State University Writing Across the Curriculum Program; May 12, 2010

* Excellence in Teaching with Writing Award; Wright State University Writing Across the Curriculum Program; May 13, 2009