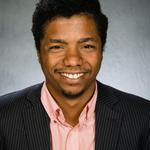 Joshua Mabra received his B.A. in Anthropology from Kenyon College in 2005. He began studying Arabic in 2002 and has studied the language in Lebanon, Syria, Sudan, and Egypt. From 2005-2006, he worked as a journalist in Sudan, after which he moved to the U.K, where he received an M.A. in Islamic Studies from the School of Oriental and African Studies, the University of London in 2007. In 2011, Joshua received an M.A. in Near Eastern Languages and Civilizations from the University of Chicago, and in 2015 he received a Ph.D. from the University of Chicago in the same field. Joshua's research focuses on the great religious and cultural changes of the Late Antique and early Islamic periods. His research languages include Arabic, Coptic, Syriac, Ethiopic, and Greek.