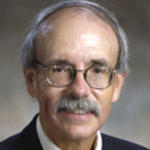 Kenneth C. Dahms, J.D., M.A., serves on the voluntary faculty in the Master of Public Health Program. In 2010, Mr. Dahms retired from Wright State, where his responsibilities included the coordination of the M.P.H. student practice placements. He was the director of administration for the Montgomery County Combined Health District from 1999 until his retirement in 2004. Prior to that time, Mr. Dahms was the health district’s in-house legal counsel. In his capacity as the director of administration for the Montgomery County Health District, he managed a department of 40 employees and was responsible for an agency budget of $32 million.

Throughout his 28-year career in public health, Mr. Dahms was a frequent lecturer and panel participant on a broad variety of public health topics. Mr. Dahms received his B.A. in political science from Oklahoma State University in 1968, and his M.A. in government from American University in 1971. He also received a J.D. from Harvard Law School in 1973.