My lab page
My personal page 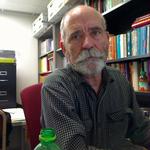 The question of what makes an autonomous agent, either human or machine, effective and robust in a complex ever-changing world is a foundational issue, the answer for which has been sought since the earliest computational examination of intelligence. The problem is that agent robustness cannot simply be programmed because the world is full of surprises. Traditional approaches to the question of autonomy have produced two basic answers. Autonomy as goal-following emphasizes agents that create and execute plans given a set of goals provided by an external user. Autonomy as learning focuses upon an agent’s capacity to acquire information and behavior given experience with the environment. However neither conceptualize autonomy in its most fundamental form, that is, the independent actor that does not wait to be told what to do. The alternative I have developed is a theory of goal-driven autonomy (GDA) (Cox, 2013; 2007) that enables agents to generate their own goals in the face of unexpected surprises given a representation of their mission.

My current research agenda is to develop a broad cognitive architecture for agents that embody and implement GDA theory. This architecture, called MIDCA, is a Metacognitive Integrated Dual-Cycle Architecture (Cox, Alavi, Dannenhauer, Eyorokon, Munoz-Avila, &amp; Perlis, 2016). It includes a ground level for perception and action, an object level for interpretation and planning, and a meta-level for introspective monitoring and metacognitive control. Meta-level processing is a focal concern for GDA agents because of the problem of goal locus. That is, when an agent determines that a new problem requires solving, it must also decide where the problem resides. Is the problem in the external world or within the agent itself? If the former, then the goal should be to change the state of the world (i.e., an attainment goal); whereas if the latter, the goal is to change the knowledge of the agent (i.e., a learning goal). Only by having an explicit self-model can an agent effectively differentiate the two.

I investigate these topics in both simulated agent environments and actual hardware platforms. The intention is to test and improve implementations of MIDCA-enabled GDA agents within a broad scope across varied problem complexity and resource availability conditions. Working with the armed services and other funding agencies, I have shown these techniques to be useful in the context of unmanned systems and intend to make connections to mixed-initiative multiagent teams where human interaction is an unexplored opportunity. If successful this research effort promises to change the way we model autonomy and to revolutionize the application of autonomy to problems of national security.