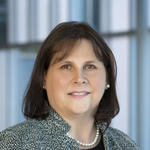 Dr. Stephanie A. Goodwin is Research Assistant Professor in the Department of Psychology. An alumnae of the HERS Institute (Denver 2016), she is a social psychologist with 20+ years of experience in higher education, including more than 15 years of experience teaching and conducting federally funded social psychological research on social biases (stereotyping, prejudice, discrimination). Her published research spans a number of topics within social cognition and intergroup bias, including implicit biases, impression formation, social power, and responding to everyday incidents of bias. Prior to coming to WSU, she served on the faculty at both public and private research institutions. She received her B.S. in Psychology from the University of Texas at Austin before completing her M.S. and Ph.D. in Social and Personality Psychology at the University of Massachusetts at Amherst and subsequent post-doctoral training in implicit social cognition at Yale University. She has served on the editorial boards of the Journal of Personality and Social Psychology and Personality and Social Psychology Bulletin and continues to serve as an ad hoc reviewer for these and other journals, including Psychological Science, and Sex Roles. She is a member of several professional organizations, including the POD (Professional and Organizational Development) Network in Higher Education, the Society for the Psychological Study of Social Issues, and the Society of Personality and Social Psychology (Div. 8, APA). In recognition of her contributions to social psychology as an empirical science, she was elected Fellow of the Society of Experimental Social Psychology in 2008.

Dr. Goodwin previously served as the Director for Faculty Development & Leadership (2014-2019) and the Program Director for the LEADER Consortium (2011-2014), WSU's NSF ADVANCE partnership with the Air Force Institute of Technology, Central State University and the University of Dayton. As Program Director, she worked with PIs, the LEADER Council, committee chairs, and others to provide executive leadership and administrative support for developing and implementing initiatives, administering internal/external evaluation, reporting, and communications. She remains an active member of the ADVANCE community where she supports faculty equity in STEM through consulting and workshops on inclusive faculty development and leadership practices. Recent invitations to present and consult include the National Academies of Science, Technology and Mathematics, American Geophysical Union Leadership Orientation, and the American Institute of Physics.