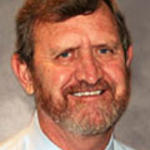 Bill Spears, Ph.D., is an associate professor of community health and pediatrics in the Boonshoft School of Medicine and a team member at the Center for Healthy Communities. Dr. Spears teaches in the Master of Public Health program. He is engaged in community health research and works with a number of community groups in the Dayton area. He has been involved with Wellness Matters, a coalition building a healthy Dayton, since its start in 2007. He also serves on the leadership team of the Southwest Ohio Ambulatory Research Practice Based Research Network (SOAR-Net) and is a member of the Interdisciplinary Gerontology Team.

Dr. Spears came to Dayton from the University of Texas School of Public Health San Antonio Regional Campus, where he served on the faculty and was active in community-based research.

He earned his Ph.D. from the University of Texas School of Public Health in Houston in 1991. He also obtained a master’s and a bachelor’s in sociology from Texas Tech University in Lubbock in 1974 and 1977.

Mohamed, C and Spears W. Bexar County’s Dental Safety Net For Children: An Estimate of Our Capacity and Need. To be published in Texas Dental December 2010.

Pascoe, J, Spears W, Forbis, S, and Saunders, J. Parents Perception of their Children’s Asthma, 2002‐2008: A Community‐Based Study. Accepted for presentation at the Pediatrics Academic Societies in Baltimore, MD, May 2, 2009

Franzini, L, and Spears, W. “Contribution of social context to years of life lost to heart disease in Texas.” Presented at the 130th APHA Annual Meeting in Philadelphia, November 2002.

K. Waller and W. Spears. Can Digit Preferences in the First Day of the Last Menstrual Period be used to Identify Pregnancies with the least accurate Gestational Age? Presented at the Epidemiology Meetings in CA, June 23, 1995

W. Spears. A Microcomputer-based Hispanic HANES System: An Example of HANES Analysis. Presented at the National Center for Health Statistics seminar: Analyzing HANES Data: A Beginner's How To, March 19, 1989 in New Orleans, LA, and May 4, 1989 in Tampa, FL.

Professional Affiliations/Memberships:
Is this you? Log in to update your profile.