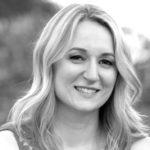 Amanda J. Earnest-Reitmann is a Web Developer/Designer for the Office of Marketing at Wright State University, a public research university in Dayton, Ohio, named after the Wright brothers.

Amanda joined Wright State University in 2015. Prior to Wright State, Amanda worked for the University of Cincinnati Foundation from 2013 to 2015, and Auburn University College of Education from 2006 to 2012. She’s been in the field of higher education marketing and branding, specifically print and web design, for 15+ years.

Amanda received her bachelor’s degree in art (graphic design) with a music minor from Morehead State University in 2005. In 2014, she received her Master of Fine Arts degree in graphic design from Savannah College of Art and Design. Her thesis was based on medical sharps waste and explores how a cross-collaboration effort would reduce the impact of improper disposal.

While a student at Morehead State, Amanda had the opportunity to work as a student graphic designer for the Office of Communications and Marketing. She caught the higher education marketing and branding “bug”, and has worked in that field ever since. Amanda has received publication awards from CASE V, the Public Relations Council of Alabama, and the Southern Public Relations Federation among internal staff awards.

Amanda’s other professional interests and talents include user experience (UX), mobile, and email design; environmental design (displays, banners, wayfinding, and interactive design); and videography such as text animation and titles. Amanda plans to eventually teach as adjunct faculty in a graphic design program.

Amanda is quite involved with UCDA, the University and College Designers Association, and is currently on the Board of Directors. She has served as a conference volunteer for many years, was co-chair and then chair for the UCDA Design Summit in 2015 and 2016, and was co-chair and chair for the UCDA Design Competition in 2018 and 2019. She’s also served as a volunteer for the Humane Society of Greater Dayton, a director for the handbell choirs at Union Christian Church (Alabama), and a counselor for Kentucky Girls State hosted by the American Legion Auxiliary. In addition, she is a lifetime member of Girl Scouts of the USA and Sigma Alpha Iota International Music Fraternity.

Amanda is married to Jonathan Reitmann, who is a software engineer for Tyler Technologies, a national software company. Amanda and Jonathan first met as acquaintances at Morehead State University in 2003 (through mutual friends), but reconnected in 2013 when Amanda moved to Ohio. In November 2020, they welcomed their son, Carter.

Medical Sharps Waste: A Cross-Collaboration Effort to Reduce the Impact of Improper Disposal
May 2014

ABSTRACT:  7.5 billion needles and syringes are used outside the healthcare system annually in households by individuals with allergies, migraines, diabetes, infertility, arthritis, IV, hepatitis, multiple sclerosis, osteoporosis, psoriasis, and other ailments. As there is limited regulation of home-generated medical waste in the United States, patients may be disposing their used sharps improperly, creating risk for those who are subsequently exposed. A social, environmental, and economic solution is necessary, which could be achieved through collaboration and the combination of problem-solving methods in the field of graphic design, and the involvement of the medical, pharmaceutical, and waste industries. With a unified response from the medical and waste management industries and graphic design, the current issue of home medical waste disposal can be addressed using a sustainable solution.