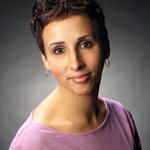 Amy Gray is currently adjunct faculty in the Department of Music and the Department of Theatre Arts at Wright State University. Amy received a Bachelor’s Degree in music with an emphasis in piano performance from Wright State University in March 2002, and a Master’s of Music with an emphasis in choral conducting and music education in August 2011.  Her responsibilities in the departments include piano accompaniment for vocal and instrumental lessons, juries, and recitals. She is also the Music Coordinator and organist at Peace Lutheran Church in Beavercreek, and recently was hired as the choral accompanist at Centerville High School under the direction of Ben Spaulding.  Amy also accompanies at various high schools and universities around the Miami Valley, teaches private voice and piano lessons, and is currently studying organ with Yun Kim in Dayton.