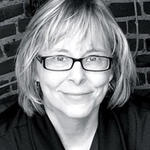 Annette Oxindine is Professor of English in Wright State University's Department of English.

TEACHING: Prof. Oxindine regularly teaches Introduction to Literary Studies, British Texts: Mid-19th to 21st Century, and a wide variety of upper-level undergraduate courses and graduate seminars in the Department of English. She also teaches occasional courses for the Honors Program as well as courses cross-listed with the Women, Gender, and Sexuality Studies Program.

Awards include the College of Liberal Arts Outstanding Teaching Award as well as Writing Across the Curriculum Excellence in Teaching with Writing.

THE FOGDOG REVIEW: (See "My Links") Along with her students, Prof. Oxindine founded The Fogdog Review, a student journal which primarily publishes essays about literature. She continues to serve as The Fogdog Review's faculty advisor. In 2004, the journal received Wright State University's Presidential Commendation for Excellence for Extra-Curricular Activities, Team Award.

In 2019, The Fogdog Review produced A LOVE LETTER TO THE LIBERAL ARTS, a video featuring nineteen Wright State students who share their thoughts about the vital importance of the humanities. (See "My Links" for the full 55-minute video as well as the 4-minute trailer.) Also linked is The Fogdog Review's "Preface" to the video, which includes the following statement: "The liberal arts are not expendable. They are not impractical. The liberal arts are integral to our humanity. This is a love letter to our humanity, to the humanities, to the liberal arts."

Literary Scholarship:  Publications include journal articles and book chapters about Virginia Woolf's fiction, including the pedagogical essay “Pear Trees Beyond Eden: Women’s Knowing Reconfigured in Woolf’s To the Lighthouse and Hurston’s Their Eyes Were Watching God," which appears in MLA's Approaches to Teaching series. Recent articles include "Resisting Dissolution: The Salvific Turn in Elizabeth Bowen’s The Heat of the Day," published in Renascence.