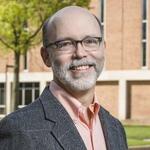 Barry Milligan, whose scholarly field is nineteenth-century British literature and culture, has taught throughout the undergraduate and graduate English curricula, including courses cross-listed with History.

His publications include Pleasures and Pains: Opium and the Orient in Nineteenth-Century British Culture and the Penguin Classics edition of Thomas De Quincey's Confessions of an English Opium-Eater and Other Writings, as well as a co-edited essay collection and a number of book chapters, journal articles, encyclopedia entries, and reviews. He has been an invited speaker at the Wellcome Trust Centre for the History of Medicine (London) and several universities, and his research has been funded by the National Endowment for the Humanities, the Wellcome Trust, the Andrew W. Mellon Foundation, the Ball Brothers Foundation, and other sponsors.

After receiving a bachelor's degree from the University of Colorado and master's and doctoral degrees from Duke University, he served as visiting assistant professor at Duke University, then held a postdoctoral fellowship at Cornell University, where he also served as visiting assistant professor. He joined the Wright State faculty in 1994 and, in addition to pursuing teaching and research, has served in various administrative positions, including graduate program director, department chair, associate dean, dean, and vice provost; faculty governance roles, including faculty senator, Faculty Senate Executive Committee member, Graduate Council member, and Graduate Council committee chair; and with AAUP-WSU, contract negotiator, Grievance and Contract Administration Officer, and President.