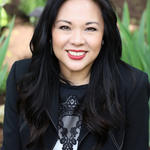 Dr. Carol Mejia LaPerle is Professor and Honors Advisor for the Department of English at Wright State University. Her research interests include Renaissance/early modern drama, poetry and culture, critical race theory, gender studies, philosophies of will, and affective performances of and in Shakespeare. She regularly teaches a survey of early English literature, special topics in early modern drama, and the methods and materials of academic research. An active blog site for her Study Abroad program to the Stratford Theatre Festival of Canada can be found here: http://blogs.wright.edu/learn/stratfordcanada/

Her work has been supported by Wright State University’s Research Council, College of Liberal Arts Research Grant, the Social Sciences and Humanities Research Council of Canada, the National Humanities Center, and the National Endowment for the Humanities. She was selected to participate in the "Gender, Race, and Early Modern Studies" colloquium held at the Folger Shakespeare Library throughout 2017-2018 and was an invited speaker for the 2019 RaceB4Race Symposium on Periodization and Race: https://acmrs.asu.edu/public-events/symposia/race-and-periodization

Race and Affect in Early Modern English Literature provides new interventions in considering aspects of racializing processes analyzed through critical race studies and affect theory. Understanding the affective economies that contribute to the depictions and performances of race brings into investigation accounts of feeling race and racializing emotions that inform and intersect with literary traditions, religious identity, gendered experiences, class hierarchy, and sexual knowledge. Furthermore, as critics continue to apply the transdisciplinary, non-binary, intersubjective potential of the “affective turn” in investigating the history of passions, the ecology of a performance space, and the affective communities formed out of shared or diverging emotions, this is the first collection that directly addresses racial formations and racist ideologies. Considering race and/as affect initiates new conversations and provides productive interventions in the fields of early modern literature, race, and affect.

““If I might have my will”: Aaron’s affect and race in Titus Andronicus.” Titus Andronicus: The State of Play, edited by Farah Karim Cooper. London: Arden Shakespeare Bloomsbury Publishing, 2019. 135-156.

“Thou Art Translated: A Midsummer Chamber Play by Peter Sellars.” Borrowers and Lenders: The Journal of Shakespeare and Appropriation 11.1 (2017). http://www.borrowers.uga.edu/783685/show

“Gendering Pathos on the Early Modern Stage: Persuasion and Passion in John Webster's The White Devil and The Duchess of Malfi.” Interdisciplinary Literary Studies: A Journal of Criticism and Theory 17.1 (2015): 19-38.

“Access and Agency in Elizabeth Cary's The Tragedy of Mariam: Early Modern Closet Drama and the Spatialization of Power.” Literature Compass 3:2 (2006): 80-94.

“Race, Affect and the Olfactory” invited contribution to inaugural issue of The Sundial (Sept. 2019)