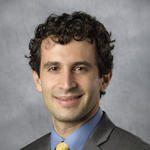 In his research at Wright State, Daniel utilizes multiple methods to analyze urban food systems in North America and Africa. The results of these studies have been published in academic outlets, such as The Professional Geographer, Urban Geography, Geoforum, Social and Cultural Geography, The Geographical Journal, Geography Compass, Geographical Review, Cities, Sustainability, Nonprofit Policy Forum, Journal of Southern African Studies, and African Geographical Review. In addition to his studies on food waste in Johannesburg and Los Angeles, Daniel is currently working on a book on the globalization of food banking. The book is called Food Waste, Food Insecurity, and the Globalization of Food Banks in the World's Cities. It is under an advanced book contract with the University of Iowa Press, Food and Agriculture Book Series. Originally started in the U.S. in the 1960s, food banks now collect, systematize, and deliver food to communities in more than eighty countries on six continents across the world. His research analyzes the structure and outcomes of food bank development and the roles that food banks play in reducing food insecurity and food waste in these different contexts. In addition, Daniel is engaged in local research to investigate the range of local food organizations which operate in Dayton and the ways in which people access and waste food in the city.

In 2022, Daniel was honored with the College of Liberal Arts Outstanding Professional Service Award for his service to Wright State University and the broader Dayton community. In 2020, he was awarded the Helen Ruth Aspaas SAGE Innovator Award for his research, teaching, and service in the field of geography. The award recognizes outstanding and innovative stand-alone geographic educators. He also currently serves as the Secretary-Treasurer for the East Lakes Division of the American Association of Geographers and the Secretary-Treasurer for the Stand Alone Geographers Specialty Group of the American Association of Geographers.

Outside of university life, Daniel spends most of his time with his wife and daughters exploring interesting neighborhoods in the world’s cities, running in parks or trails, and watching good movies. Given that Daniel was born and raised in Cincinnati, he is excited to be back in Southwestern Ohio where he has a strong personal connection.

Warshawsky CV.pdf 421.27 KB
Is this you? Log in to update your profile.