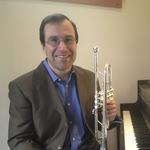 David Diamond is the Adjunct Professor of Trumpet at Wright State University. He has also taught at Earlham College, Spring Valley Academy, and Blue Lake Fine Arts Camp. David is the jazz trumpet soloist for the Air National Guard Band of the South, where he also performs with the Concert Band and Blue Yonder Brass Quintet. Prior to joining the Band of the South, he was a classical and jazz trumpet soloist with the Air Force Band of the Pacific-Hawaii and the Air Force Band of Flight in Dayton, Ohio. During his Air Force career, he led jazz and rock bands and performed for more than 4 million people in 14 countries and overseas U.S. Territories. He also conducted clinics at dozens of high schools and colleges throughout the U.S., the Pacific, and the Middle East.

David has won an Outstanding Recognition Award at the Elmhurst Jazz Festival, and has finished in third place in both the Solo and Jazz Improvisation Competitions at the International Trumpet Guild conference. He has performed with the Springfield Symphony, Dayton Philharmonic, Oakwood Brass, Dayton Jazz Orchestra, and Mad River Brass. He holds a Doctor of Musical Arts degree from the University of Illinois at Urbana-Champaign, a Master of Music from the University of Colorado-Boulder, and a Bachelor of Arts from Centre College in Danville, KY.