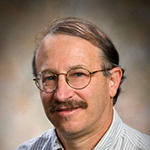 My research centers on the comparative and ecological physiology of animals. In particular, my research focuses on osmoregulatory physiology: kidney function and regulation of fluid and solute balance. My approach to these problems is an integrative one, including studies in both laboratory and field, and studies at levels ranging from cellular to tissue, organ, and whole animal. Recent effort has focused on osmoregulatory aspects of cold acclimation and freeze tolerance in amphibians.  In particular, we are studying gray treefrogs that accumulate glycerol during cold acclimation, in anticipation of freezing.  Because proteins from the aquaporin family are capable of facilitating transport of water and glycerol, we are especially interested in the roles of those proteins in cryobiology.  Other projects in recent years have involved birds (on which I have conducted much of my research) and mammals.  Specific studies have addressed the influence of dietary protein on structure and function of the kidneys in birds and rodents; the role of oxytocin in regulating urinary sodium excretion; and kidney function in small birds and mammals. Techniques used include surgical preparation of animals, in vitro studies of transport, hormone assays, isotope tracer studies, molecular biology, and others. The broad goal of these studies is to relate the physiological response of animals to conditions experienced in their natural environments.

Goldstein, D. L. and B. Pinshow.  2006.  Taking physiology to the field: using physiological methods to answer questions about animals in their environments.  Physiological and Biochemical Zoology 79: 237-241.