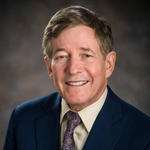 Roles at the Boonshoft School of Medicine:

Background and Areas of Interest:

In addition to promoting ‘engaged learning’ in the Boonshoft curriculum, he helped develop the School’s elective course, the Healer’s Art in which almost all students participate. This course, designed by Dr. Rachel Remen and offered at more than 70 U.S. medical schools, helps medical students learn about meaning in medicine and how they might hold on to and practice the values of the profession throughout their lives of service. He is a co-author of “Professional Formation: Extending Medicine’s Lineage of Service into the Next Century,” published in the 2010 Special Flexner Centennial Issue of Academic Medicine, which advocates greater attention to the enduring and deeper values of the physician lineage in medical education.

Dr. Parmelee has served on several committees of the National Board of Medical Examiners, performed site visits for the LCME, and has been a regular site visit reviewer of medical schools for the Ministry of Higher Education of the United Arab Emirates. He has edited four textbooks and authored or co-authored many book chapters and peer-reviewed journal articles on child and adolescent psychiatry, psychoanalysis, medical ethics, pediatrics, and medical education.  He has conducted more than 100 workshops on TBL™ and curriculum design at U.S. health science professions schools (allopathic, osteopathic, naturopathic, nursing, pharmacy) and many international schools in the Far and Middle East, Africa and Europe. In 2011, he was an invited speaker at the 2nd Annual Health Professional Education Quality Conference in Bali, Indonesia, sponsored by the World Bank.