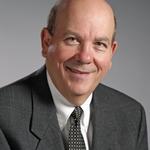 Over 25 years of experience in leading Information Technology organizations in the design and implementation of advanced, ever-evolving technology, as well as the ongoing management and support of complex, global  IT environments.  Fifteen years of senior executive management experience.

Responsible for global information technology reporting to the COO at a $2.1B public company.  In addition to IT and Global Data Center Operations, was responsible for procurement with an annual spend of $550 million

CIO and Vice President of Procurement

Responsible for global information technology reporting to the CAO at a $6.0B public company.  Managed 950 IT professionals and a global annual budget of $125 million.