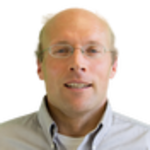 The majority of research in our group is focused on utilizing first principles to solve real world problems ranging from proton exchange membranes for hydrogen fuel cells to "smart" drug delivery agents. The ability to control the macroscopic properties of polymers by "designing in", at the molecular level, the topology and functionality is absolutely critical. There are three main areas in which we apply this philosophy including: 1) synthesis, characterization, and utilization of hyperbranched polymers with controlled molecular weights and defined levels of branching, 2) tailoring the physical and chemical properties of linear poly(arylene ether) systems by taking advantage of the "unusual" reactivity of a new class of monomer species to afford polymers with truly pendant functional groups, and 3) investigations of amphiphilic, thermo- and pH-responsive polymer systems as agents for drug and gene vectors, catalyst recovery, and sequestering of spent or excess reagents. The following sections are short synopses of ongoing and proposed research projects in my group.

Two polymerization systems will be studied, the polycondensations of ABB’-type monomers and an A2 + BB’B” approach. The results from this work will provide: 1) the ability to tailor the DB of a number of engineering plastics via reaction temperature, 2) a series of well-defined, branched polymeric structures for a thorough structure-property relationship study, and 3) new and improved methodologies, based on fundamental kinetic principles, to prepare a wide variety of well-defined polymeric materials with uses ranging from improvements in traditional engineering plastics and rheological modifiers to branched
polymers for fundamental studies on proton exchange membranes.

The approach taken is to prepare a series of ABB’ and BB’B” type monomers designed to undergo polymerization via a nucleophilic aromatic substitution, NAS, mechanism to form poly(arylene ether)s, PAEs. Initially, the range of monomers will be limited to benzophenones, diphenyl sulfones, and triphenylphosphine oxides which lead to poly(arylene ether ketone)s, poly(arylene ether sulfone)s, and poly(arylene ether phosphine oxide)s (Figure 2). The concept of RRCP relies on the inherent differences in reactivity, toward NAS reactions, that are designed into the individual monomers (kAB and kAB’ in Scheme 1). For example, our initial explorations began with 3,4,5-trifluoro-4’-hydroxydiphenyl sulfone, 4, which possesses three unique electrophilic sites, one in the para position and two in the meta positions. Model reactions have shown that the most reactive electrophilic site is located in the para position and, while the two meta positions are initially equivalent, once the first meta fluorine atom is displaced the reactivity of the second meta position is significantly decreased. Therefore, low polymerization temperatures should lead to a more linear polymer, whereas a higher reaction temperature should provide a more branched structure.
Initial polymerization results indicate that this is indeed the case, however, further analysis is required.

The relative reactivity of the electrophilic sites in all of the monomers used in this project will be probed via 1) theoretical calculations using Gaussian and Spartan, 2) determination of the 13C NMR chemical shifts of the ipso carbon atoms (and the 19F NMR chemical shifts of the attached fluorine atoms) which are indicators of their electron density and thus, their relative reactivity in NAS reactions, and 3) model reactions using a generic nucleophile such as p-cresol. The resulting data will provide a comprehensive picture for their application in RRCP. An obvious extension of this concept would be the synthesis of branched PAEs via the oligomeric A2 + B3 approach, however, using RRCP would provide the possibility of preparing the oligomer A2 segment in the presence of the branching unit, B3. The project will only survey a small number of ABB’ and BB’B” monomers that are able to undergo NAS reactions. However, it should be noted that most condensation reactions possess functional groups with some difference in reactivity and thus, the potential for some level of control over many condensation reaction exists. Therefore, the methodology developed herein will be quite general for polymer chemists utilizing polycondensation reactions.

We have recently developed a route to a poly(arylene ether)s, PAEs, that possess truly pendant functional groups. The polymers are prepared via the NAS polycondensation reaction of 3,5-difluoro aromatic systems in which a strongly electron withdrawing group, located in the meta position, provides sufficient activation to allow for the synthesis of high molecular weight materials (Scheme 2). The nucleophilic components include a variety of well-known bisphenols that are converted to the corresponding phenolates with K2CO3. The resulting PAEs possess a structure analogous to copolymers of meta and para poly(phenylene oxide), PPO, but carry a pendant phenyl sulfonyl, benzoyl, or diphenyl phosphoryl group. The glass transition temperatures (Tg) range from 111 (13c) to 175 °C (15d) while the 5 % weight loss temperatures range from 451 (13c) to 526 °C (15c) in air. These data suggest that these new PAEs, with
pendant benzoyl, phenyl sulfonyl, and diphenyl phosphoryl groups, should provide a versatile, relatively low cost, and chemically robust platform to introduce a wide variety of functional groups such as sulfonic acids, phosphonic acids, N-heterocycles, bromides, iodides, carboxyl acids, etc. In addition, the straightforward synthesis of graft copolymers of poly(phenylene oxide)-type structures is envisioned.

Our initial efforts have been directed toward the synthesis of the sulfonated (or phosphorylated) pendant phenyl sulfonyl analogues for use as proton exchange membranes, PEM. The advantages of this new system, illustrated in Figure 3, include: 1) proton conducting moieties located in truly pendant positions allowing for a decoupling from the backbone and providing a more accessible site, 2) lower pKa value of the acid due to the absence of electron donating groups, 3) very stable materials due to the lack of a highly electron withdrawing group in the backbone of the polymer, 4) high loadings of conducting groups, and 5) a unique and universal platform that will allow for comparing the various proton conducting moieties on the exact same site pendant to the backbone.

The polymers derived from the sulfonic acid derivative of 10 have already been prepared in our laboratory and are currently being characterized. Preliminary thermal analysis data indicate that the materials are significantly more stable than the corresponding systems in which the sulfonic acid group is present on the backbone. Initial proton conductivity and water uptake measurements are very promising. In order to further explore the effects of monomer structure on the proton conducting behavior of this new class of PAEs with pendant phenyl groups, sulfonated versions of the benzophenone, 9, and a triphenylphosphine
oxide, TPO, 11, will be prepared and converted into the desired polymeric materials. It is interesting to note that the TPO derivative provides the opportunity to increase the loading of conducting groups to two per repeat unit as a result of the two pendant phenyl groups present in this monomer series. This will result in lower equivalent weight, EW, values, higher ion exchange capacity, IEC values, and the potential to achieve excellent proton conductivities.

One of the longer-term goals of this project is to utilize the versatility of the 3, 5-difluoro aromatic platform to systematically study the effects of incorporating varying mole fractions of sulfonic and phosphinic acid groups. It is anticipated that the proton conductivity will be optimized for low relative humidity and higher temperature (~ 120 ºC) conditions. The physical properties of the materials will also be tuned by copolymerization reactions involving various combinations of 9, 10, and 11 as well as the synthesis of block and multiblock copolymers to provide access to materials with morphological features similar to those of Nafion, which is the state of the art PEM material. Further avenues include the synthesis of PAEs with tailored properties by incorporating a wide variety of pendant functional groups (as mentioned previously) and the exploration of alternative activating groups such as heterocycles, nitriles, trifluoromethyl, and sulfonic acid itself. In addition, more recent work has involved the application of the same principles to hydroxide exchange membranes.

The delivery of genes directly to cells has been envisioned as the ultimate treatment for many of the maladies that now afflict the human race. Gene therapy vectors can be divided into viral and non-viral (synthetic) systems. One of the most widely studied non-viral vectors is poly(ethylene imine), PEI, with either a linear or branched structure. Branched PEI is composed of primary, secondary, and tertiary amino groups in a ratio of 1:2:1 linked by ethylene units while the linear analogue has an alternating structure of ethylene units and secondary amines. A variety of PEI systems, with a wide range of molecular weights, are available commercially. The mode of action for the polycationic PEI is to form a polyplex with the highly negatively charged gene fragments and protect them from premature degradation. The transfection efficiency of PEI is reported to be quite high, however, there are concerns regarding the toxicity of the free PEI in the cellular environment. Therefore, a less or non-toxic alternative to PEI would be a desirable gene vector.

Stimuli-responsive polymers, also called “smart polymers”, undergo reversible phase transitions in response to external stimuli such as temperature or pH. There are a wide variety of amphiphilic polymer systems that display a lower critical solution temperature (LCST) below which they are in a hydrophilic, soluble state and above which the polymer chains become hydrophobic and precipitate from solution. This process is governed by molecular interactions between the polymer chains and the surrounding water molecules, and this is influenced by the chemical structure of the monomer units as well as the pH of the solution. PEI itself does not possess an LCST temperature, however, by tailoring the hydrophilic and hydrophobic balance, via polymer modification reactions, we have been able to tune the LCST over a wide range of temperatures (20 to 90 °C) and the transition is quite pH sensitive as shown in Figure 4. The modification reactions also should lower the toxicity of the modified PEIs as it is highly likely that primary amines are the main reason for PEI toxicity. It is proposed to utilize a series of modified PEI samples with LCST’s, tuned in the range of 35 – 42 °C, as gene delivery vectors with a longer term goal of adding a cellspecific targeting moiety.

As depicted in Scheme 3, this project is based on a working hypothesis that a “tight” polyplex can be formed above the LCST of the PEI derivative that should result in an enhancement of cellular uptake. Once the polyplex is located in the endosome and the pH is decreased by an influx of protons, the LCST of the PEI derivative will be shifted to considerably higher temperatures, which should result in the formation of a “looser” polyplex. The “looser” polyplex should facilitate release of the gene and its subsequent transcription.