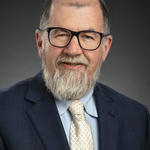 Dr. Schmidt is Dean of the College of Liberal Arts and Professor of German. He has taught classes in Women's and Gender Studies, LGBTQ+ Studies, Film Studies, Liberal Arts, and German language, literature, and culture. He has also team-taught classes with professors of Philosophy, History, Religious Studies, Spanish, Women's and Gender Studies, Political Science, Sociology, and English. He is the co-editor of Quertext: An Anthology of Queer Voices from German-Speaking Europe (University of Wisconsin Press, 2021). HIs articles have appeared in The German Quarterly, Gegenwartsliteratur, Modern Austrian Literature, Colloquia Germanica, ADFL Bulletin, and numerous anthologies.