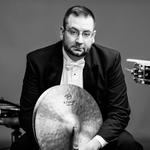 Jerry Noble is Director of Percussion at Wright State University, member of the Dayton Philharmonic, and serves as adjunct faculty at Cedarville University.  Previously, he was a member of the USAF Band of Flight where he performed over 1,500 concerts throughout the Midwest, including performances for presidents, vice presidents, senators, foreign dignitaries, and other heads of state. He has served as faculty/performer at Brevard Music Center, the Masterworks Festival, Affetti Music Festival in Alaska, and has performed/presented clinics at PASIC, Ontario Day of Percussion (Canada), Illinois Day of Percussion, Ohio Day of Percussion, Zhengzhou Normal University in China, Ohio Music Educators Association Conference, Interlochen Arts Academy, and throughout the US (including Alaska and Hawaii).

Jerry performs regularly with his pop/jazz group "Moment's Notice”—they have performed as guest artist with the Dayton Philharmonic, have been featured in concert at Lakeside Chautauqua, play for private parties/receptions/weddings, and tour regionally. As a drumset performer he has also played with the Cincinnati Symphony, Dayton Philharmonic, Springfield Symphony, Fort Wayne Philharmonic, USAF Band of Flight, and Lakeside-Chautauqua Symphony. He performs for nationally touring Broadway musicals and with music theater companies/traveling shows throughout the Midwest (Drumset/percussion/timpani), has toured the Caribbean as a drummer for Princess Cruises, served as percussion staff/arranger for the University of Cincinnati Bearcats Band, and has performed with Star of Indiana's "Brass Theater" (Predecessor to BLAST!). Jerry is regulary involved with the marching arts as a consultant, and during the winter season he is a judge for regional indoor drumline competitions.  He has judged MEPA and WGI groups.

Jerry Noble is a performing artist/clinician for Zildjian, Pearl/Adams, proudly serves as a consultant for D'Addario & Co. (Pro-Mark and Evans), and has been part of the design team for several new Promark sticks/mallets.

He and his wife Ashley have three children: Ava, Lydia, and Isaac. Ashley is an oboist/English hornist and a homeschool mom.

USAF Band of Flight, Non-Commissioned Officer of the Year, 2006

USAF Band of Flight, “A Symphony of Fables” by Julie Giroux, Principal Timpani, 2006