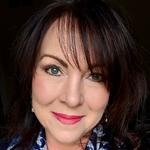 Ginger Thomas Minneman teaches voice and conducts the Women’s Chorale at Wright State University. She attended Murray State University and Campbellsville University, earning a BM in music education with a vocal emphasis, graduating magna cum laude and was awarded the honor of Outstanding Music Student in her graduating class by the music faculty. She earned a Master of Arts degree in Humanities from Wright State University, a multi-disciplinary degree with a music emphasis. Her voice teachers include Dr. Kenneth Martin, Kay Griffel, Mary Henderson Stucky and Robin Rice. She has served as a clinician, presenter and adjudicator at area choral and vocal events and competitions; and has worked in area schools as a choral director and music educator. Ms. Minneman is the Artistic Director of Musica, a chamber choir based in Dayton Ohio. She is the director of music at the Lutheran Church of Our Savior in Oakwood where she has conducted major works including Requiem by John Rutter and Missa Solennelle by Louis Vierne.

March of 2014 marked Ms. Minneman’s debut as an opera conductor in Wright State’s production of The Magic Flute by Mozart, followed by The Pirates of Penzance in 2015 and a double bill, The Old Maid and the Thief and Puccini’s Gianni Schicchi in 2016. She made her directing debut in 2017 in Wright State’s productions of Le Pauvre Matelot by Milhuad and Dido and Aeneas by Purcell. She has also directed opera scenes from Die Fledermaus, The Pirates of Penzance and Dialogues des Carmelites.  In 2018 and 2019, she served the opera program as set designer.

She remains active as a soloist. Her most recent performances include the role of Levicy Hatfield in the world premiere of scenes from Steven Aldredge’s opera, The Hatfied-McCoy Triptychs, soprano soloist with the Bach Society of Dayton in performance of Schubert’s Mass in C major and J. S. Bach’s Cantata 150 and Missa Brevis No. 3, and soprano soloist in the Wright State University performance of Mendelssohn’s Elijah. She has also performed several times on the chamber music series at the Hayner Cultural Center in Troy.  Ms. Minneman toured Italy with the WSU Collegiate Chorale in 2016 as a guest soloist performing in Rome and Florence. Some other highlights include the world premiere of The Mystic Trumpeter by Dr. James W. Moore at the University of Kentucky’s Singletary Center for the Arts, and soprano soloist in Vivaldi’s Gloria, the Fauré Requiem, the Bach Magnificat, Handel’s Messiah, Gloria by Poulenc, Ein Deutsches Requiem by Brahms and Pensieri notturni di Filli, Cantata HWV 134 by Handel, with and early music ensemble, Wind in the Woods.

Ms. Minneman has composed one choral piece for women’s voices based on a poem by Sara Teasdale, entitled Spring in Wartime. It was composed for a concert featuring poetry and composers of the World War I era, in commemoration of the advent of the war. It has been performed in Ohio and Kentucky.  She hopes to do more composing and arranging in the future.