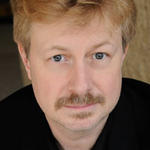 Greg began his early career as a performer working commercially in industrial shows and revues, regional theatre, and Off-Broadway before developing his skills as a director/choreographer/writer for Kings Entertainment Company where he developed and created shows for theme parks in the U.S. and Canada, and well as, industrial show, cruise lines, and USO shows. Other directing and choreography credits include Carnival Cruise Lines, Legoland (Windsor, UK), Paramount Parks Inc., and Macy's Thanksgiving Day Parade.

Greg continues to free-lance as a director and recent projects include director/choreographer for the regional premiere of Band Geeks! At the Human Race Theatre Co., and staging director for the Dayton Philharmonic Orchestra's production of Leonard Bernstein’s Mass at the Schuster Center both in Dayton. In 2010 he was assistant director for the world premiere of Ricky Ian Gordon’s Sycamore Trees; directed by Tina Landau at the Signature Theatre in Washington, DC. Greg's other regional theatre credits include: The Mountain Playhouse, Ensemble Theatre of Cincinnati, and Downtown Theatre Classics of Cincinnati.

During the summer months he teaches and at Interlochen Arts Camp, where he also directs the High School Musical Production. Greg is a member of Actors Equity, an associate member of the Society of Stage Directors and Choreographers and a founding member of The Musical Theatre Educators Alliance.