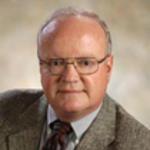 He served as a Magistrate Judge for the United States District Court, Northern District of Ohio and retired from the Common Pleas Court of Mercer County, Ohio, where he served as the Court’s Magistrate. He has taught numerous courses in business law, ethics, strategic management, employment law, and conflict management.

Prior to assuming the bench, Dr. Bernstein was in the private practice of law. He also served as a business and management consultant to numerous corporations. He is a past president and member of the Board of Trustees of the Ohio Association of Magistrates and has served as a member of the Ohio Supreme Court Board of Commissioners on Character and Fitness. He also served as Secretary and Vice-Chair of the Ohio Judicial College.  He has been honored with being inducted into the Order of Barristers and being recognized by the Ohio Supreme Court, the Ohio Association of Magistrates, and Ohio Northern University College of Law for contributions to the judicial profession and judicial education.

Dr. Bernstein is also certified as a Mediator by the Ohio Supreme Court.

Dr. Bernstein currently is a Senior Lecturer in the Department of Management and International Business in the Raj Soin College of Business and served as Assistant Dean for Administration in the College for 6 years.  He is also a retired firefighter, emergency medical technician, and hazardous material technician.

LAW 3000 - The Legal Environment of Business

LAW 4300 - The Legal Aspects of the Workplace (employment law)