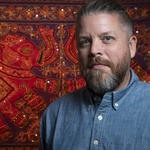 He is currently the Chair of the Board of Ohio Living Westminster Thurber in Columbus, Ohio. He also co-chairs Working group 8, part of the Ohio Department of Health's HIV Integrated Services Care Planning group.

Most recently the Journal of Social Work Education Editorial Board selected Dr Carter's co-authored publication, "Career Implications of Social Work Doctoral Student Debt Load",  as its Best Empirical Article of 2017. During his studies he earned top honors including being named the 2015 Merriss Cornell Distinguished Researcher, and the 2015 Selma & Alexander Erlen Award winner for Doctoral Student Excellence. In 2014 he was named the College of Social Work's Oustanding PhD Student Lecturer, and in 2013 he was named an Albert Schweitzer Fellow For Life, following his selection as an Albert Schweitzer Fellow in 2012.

He has taught a wide array of classes including human sexuality, adolescent parenthood & sexuality, minority perspectives, social & economic justice, and many social work major courses. At Wright State he teaches in the bachelor's and master's degree programs and the gerontology certificate program.

While a student Dr Carter was part of a multi-national research project that explored assisted reproductive technologies in the United States and India. That work, and other projects have resulted in publications in The Journal of Consumer Health on the Internet, Affilia, Health and Social Work, and Home Health Care Services Quarterly. Research projects he has been a part of have also been presented at over a dozen national and international conferences.

His dissertation explored staff perspectives of interpersonal relationships among residents of assisted living facilities. His future research will explore the management of intimacy and sexuality as people age.

In his spare time he enjoys being an uncle to Carly, Wes, and Katy.