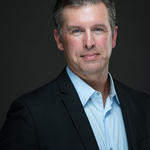 Jamie Cordes - M.M. B.M. Vocal Performance, is a versatile theatre artist with work encompassing duties as an educator, performer, director, and administrator. Jamie is a singing teacher in the Professional Acting Training Program and provides vocal training to musical theatre, acting, dance and theatre studies majors. Vocal students work on a range of material from classical to popular repertoire that will prepare them for a professional career. Jamie created a Broadway Pop Class that addresses the growing need to sing popular music in Broadway productions. The class was inspired by his certification in Somatic Voicework™ The LoVetri Method - Level I, II and III.

Jamie’s performing opportunities have included: Billy Bigelow in Carousel with Rockwell Productions, James Livingston in a revival production of The New Yorkers with Seaside Music Theatre, Mr. Lyons in the Baltimore/Washington D.C. production of Blood Brothers and Man 1 in Oh, Coward! with Ohio Shakespeare Festival, Benjamin Stone in Follies in Concert with Short North Stage, Dan in Next to Normal with SRO Theatre, among others. Opera performances with Lyric Opera Cleveland, The Ohio Light Opera, The University of Akron Opera Theatre, The Virginia Opera, and The Washington Savoyards.  In Fall 2022, Jamie sang the baritone lead (Light Keeper) in the world premiere of Sweet Lousia written by Katie Kring and Rob Hartmann with Ozarks Lyric Opera.

Jamie is a proud Resident Artist with The Human Race Theatre Company in Dayton where he has performed as Sweeney Todd in Sweeney Todd, Dan in Next to Normal, Harold in The Full Monty, Ed in Torch Song Trilogy, Carl-Magnus Malcolm in A Little Night Music, Jason in Ordinary Days, Sam in Wait Until Dark, Major David Marshall in Right Next to Me and others. He has performed with local organizations including: Dayton Opera (Maximilian in Candide, Cascada in The Merry Widow), The Dayton Philharmonic Orchestra, Dayton Ballet (The Great Gatsby) and Bright Eyed Joy, a concert with Ricky Ian Gordon at Wright State University. Jamie has been involved in numerous new musical workshop productions at The Human Race Theatre Company that have allowed him to work with writers including Tony award winner, Brian Yorkey, David Spangler, Gregg Coffin, Joseph Thalken, Sean Michael Flowers, Larry Grossman, Duane Poole, and others.

Jamie is a Senior Lecturer in the School of Fine and Performing Arts (Theatre, Dance and Motion Pictures programs) and is the Program Director/Founder for the WSU Musical Theatre/Acting Preparatory Program (MAPP) for ages 12-18. MAPP is a community outreach for Wright State University. Many former MAPP students have attended top rated acting and musical theatre schools in the nation.

It is the supreme art of the teacher to awaken joy in creative expression and knowledge. ~Albert Einstein