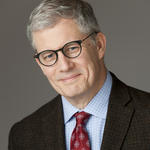 Joe Deer grew up in Tampa, FL and graduated from the University of South Florida with a BA in Theatre Performance. He trained as a dancer under Broadway veterans Robert and Sandy Karl and soon moved to New York City where he lived for a dozen years, appearing on Broadway in ANYTHING GOES, THE AMERICAN DANCEMACHINE, New York City Opera's acclaimed productions of THE MUSIC MAN and BRIGADOON and numerous national tours. He was intimately involved in the concert Tap Dance community in New York and taught at STEPS Studio, Dance Theatre of Harlem and The American Dancemachine, among others. He went on to stage manage the national tour of SINGIN' IN THE RAIN and the Broadway revival of GUYS AND DOLLS.

Deer recieved his MFA in Directing from Carnegie Mellon University and has been active as a freelance director and choreographer for over 25 years. He taught briefly at The University of North Texas before coming to Dayton, Ohio to become the first Head of Musical Theatre at Wright State University.

Deer is married to actress and artist, Caitlin Larsen, and they have a son, Leo. Deer is active with local arts organizations including The Human Race Theatre Company and Muse Machine.

Joe Deer is the award-winning director or choreographer of over a hundred-seventy productions in theatres from Off-Broadway to regional, summer stock and university stages.  Among his notable productions is the university premiere of PARADE (coached by composer Jason Robert Brown), the regional premiere of ONLY HEAVEN (by Ricky Ian Gordon and Langston Hughes), and critically acclaimed productions for the Human Race Theatre Co. (with whom he is a resident artist) including AVENUE Q,, LEND ME A TENOR, BIG RIVER, SEUSSICAL, THE FULL MONTY and many others. For four seasons Joe was Artistic Director of Struthers Library Theatre, a summer theatre in Warren, PA devoted to mounting new productions of classic musicals and plays. He was also a resident director/choreographer at Mountain Playhouse in Jennerstown, PA for ten seasons, staging almost thirty plays and musicals. He continues to work actively as a freelance director and choreographer at theatres throughout the US, including West Virginia Public Theatre, Lyric Theatre of Oklahoma and New Stage Collective in Cincinnati, OH and Muse Machine, in his hometown of Dayton, OH.

As a performer, Joe began his career as a street busker in New York’s Shubert Alley and eventually appeared in the Broadway productions of ANYTHING GOES, THE AMERICAN DANCEMACHINE, NYC Opera’s productions of BRIGADOON (requested by Agnes De Mille) and THE MUSIC MAN.  He also appeared in the Equity national tours of SINGIN’ IN THE RAIN, ANYTHING GOES and THE AMERICAN DANCEMACHINE.  Off-Broadway shows include RAINBOW, SUBWAY SERIES (with NYC Tapworks), and MUSIC, RHYTHM AND TAP (at Brooklyn Academy of Music). He also appeared in performances at Carnegie Hall and Kennedy Center.

Joe’s stage managing credits include the Broadway revival of GUYS AND DOLLS, regional productions of LEND ME A TENOR, productions for New York’s Playwrights’ Horizons, and as production assistant on the first workshop of Stephen Sondheim’s ASSASSINS.

Joe has been a musical theatre master teacher for twenty-five years, as well, teaching in New York City at Steps Studio, Dance Theatre of Harlem, The American Dancemachine Training Facility and many regional studios. Joe holds an MFA in Directing from Carnegie Mellon University and is Distinguished Professor of Musical Theatre at Wright State University (Dayton, OH), where he created the BFA Musical Theatre program and is now Director of The Musical Theatre Initiative. He has taught workshops and master classes internationally and was founding President of the Musical Theatre Educators Alliance. He is a frequent guest artist and master teacher around the world, including the Royal Central School of Speech and Drama (London, England), Danish Academy of Musical Theatre, Stage School (Hamburg, GE), Royal Welsh School of Music and Drama (Wales), Sheridan College (Canada) and many of the top training programs in the US, including Carnegie Mellon University, North Carolina School of the Arts, University of Cincinnati – College Conservatory of Music, Shenandoah University, and many others.

Joe Deer is Artistic Director of the Department of Theatre, Dance and Motion Pictures. Graduates of this distinguished department work across the globe - on Broadway, in Hollywood films and television, in the finest regional theatres and on ships and themed entertainment centers everywhere. They are also esteemed educators, leaders in business and public service and celebrated creators and contributors to important social initiatives.

Prof. Deer is the author of more than thirty-five articles on Musical Theatre and Theatre Education in journals such as DRAMATICS magazine, TEACHING THEATRE Journal, The Voice and Speech Trainers Journal,  and others. He is also author of ACTING IN MUSICAL THEATRE: a comprehensive course (co-author, Rocco Dal Vera), a book that has been called "the pre-eminent book in this field". It is the most used textbook on the subject and has been translated into Korean, Portuguese, Italian and Chinese (forthcoming). Deer's most recent book, DIRECTING IN MUSICAL THEATRE: an essential guide has been praised as "the perfect book for aspiring and experienced directors alike." and "A terrific analysis of how to mount a musical" by Broadway veteran directors.

Prof. Deer has taught and directed internationally at some of the worlds top Musical Theatre programs, including The Royal Central School of Speech and Drama, Carnegie Mellon University, North Carolina School of the Arts, University of Cincinnati-College Conservatory of Music, Stage School of Hamburg (Germany), Danish Academy of Musical Theatre, Sheridan College (Toronto) and many others. He is a frequent guest at the top pre-college programs in the nation.

Prof. Deer works with many of Dayton's leading arts and education organizations including The Human Race Theatre Company, The Muse Machine and has given dozens of workshops for students and teachers across America.

Joe Deer, Distinguished Professor of Musical Theatre, is focused on developing effective teaching methods for integrating the many disciplines involved in Musical Theatre performance and directing. His ongoing work involves developing these strategies through classroom exploration, traditional and creative scholarship, fostering ongoing international dialogue and professional practice. He is fundamentally concerned with the relationship between artistic development and professional practice. Joe is also focused on creating equitable access to high quality arts education for all students. To that end, he is now a board member for Theatre Gap Initiative, a not-for-profit organization focused on preparing black and brown students for admission into high-quality competitive performing arts programs.

Joe Deer has been deeply involved in the international conversation on Musical Theatre Education for almost two decades. He was founding president of the Musical Theatre Educators' Alliance, an international organization focused on creating productive dialogue among teachers in that field. Deer is frequently sought as a consultant, evaluator or advocate for programs developing their own Musical Theatre degrees. Schools he's worked with include: New York City Center, Stanford University, University of Washington, Relativity Media/University, Royal Central School of Speech and Drama, as well as more than a dozen institutions of higher learning. He has been Head of Wright State University's BFA Musical Theatre Program for 21 years and served on numerous university, college and departmental committees.

Professor Deer is part of an advising team serving over 100 Acting and Musical Theatre majors in the BFA degrees.

Alumni from Wright State's BFA Acting and Musical Theatre programs frequently go on to successful careers on Broadway, in National Tours, in regional theatre, on cruise ships and in corporate entertainment settings. Recent graduates have appeared in:

International and National Tours: Elf!, Wicked, Beauty and the Beast, Mamma Mia!, The Scottsboro Boys, The Lion King, Fame, Wizard of Oz, All Shook Up, Tommy, CATS, and dozens of others.

More than 30 articles in TEACHING THEATRE Journal, DRAMATICS magazine and others.

Deer is the award winning director or choreographer of more than 180 productions, from off-Broadway to regional and university stages.

Ohio Governor's Award in the Arts for Arts Education, 2016