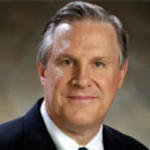 He held a clinical faculty position at Stanford University before coming to Wright State, where he served as professor and chair of the Department of Ophthalmology, professor of physiology and biophysics, associate professor of microbiology and immunology, clinical professor of community health, professor of mathematics and statistics, and was named the Brage Golding Distinguished Professor of Research. He also served as a lecturer in law and medicine at the University of Dayton School of Law. He practiced ophthalmology in the Dayton area for over 25 years, seeing more than 50,000 individual patients and performing more than 10,000 ocular/orbital operations. His patients included numerous physicians (and ophthalmologists) and their families, Fortune 500 CEO’s, and a head of state. In his role as a teacher, his past fellows have attained prominent positions at the Mayo Clinic, Stanford University, Penn State University, the University of California, San Francisco, and the Wilmer Eye Institute at Johns Hopkins. Two former fellows served as department chairs of ophthalmology and one became the CEO of a world renowned medical center.

Dr. Bullock, a graduate of Dartmouth College and Harvard Medical School, completed an internship in internal medicine at Washington University in St. Louis before serving as a medical officer in the United States Navy. After residency training in ophthalmology at Yale University, he completed fellowships at the University of California, San Francisco, and the Mayo Clinic. He received a Master of Science in Microbiology and Immunology from Wright State University and a Master of Public Health degree (emphasizing epidemiology) from the Harvard School of Public Health. He also completed additional training from the Armed Forces Institute of Pathology at the Walter Reed Army Medical Center in Washington, D.C., the Centers for Disease Control and Prevention in Atlanta, the London School of Hygiene and Tropical Medicine, and the Pasteur Institute in Paris.

Dr. Bullock is the author or coauthor of more than 240 scientific publications, predominantly related to infectious diseases, toxicology, and trauma. He discovered three new causes of blindness and elucidated the etiology and/or description of ten different retinopathies. His research influenced the market withdrawal of two general anesthetics, a warning label for a pharmaceutical agent whose inappropriate use resulted in blindness, and a Consumer Products Safety Commission-mandated warning label.

Dr. Bullock received a Heed Fellowship from the Heed Ophthalmic Foundation; the Wendell Hughes, Merrill J. Reeh, and Marvin H. Quickert Awards from the American Society of Ophthalmic Plastic and Reconstructive Surgery; and the Senior Honor Award from the American Academy of Ophthalmology. He has been recognized as “One of Ohio’s Finest Citizens” by the Ohio House of Representatives and was listed in a “Best Doctors in America” publication. He has been nominated for the Lighthouse International Pisart Vision Award, the Gen-Probe Joseph Public Health Award, and the Bressler Vision Science Award. In 2011 he received the Outstanding Scientific Project Award from the Vision Care Section of the American Public Health Association. He has numerous other awards (including teaching awards), copyrights, trademarks, and inventions.

Dr. Bullock has given more than 500 lectures throughout the world (including to the: Moorfields Eye Hospital in London; Massachusetts Eye and Ear Infirmary at Harvard Medical School; Wilmer Eye Institute at Johns Hopkins; Wills Eye Hospital in Philadelphia; King Khaled Eye Hospital in Riyadh, Saudi Arabia; and Fyodorov Eye Institute in Moscow, Russia), a number of which were distinguished, named lectureships. He was the editor-in-chief of the Journal of Ocular Diseases and Therapeutics, has served on the editorial boards of numerous medical journals (including Nature [Scientific Reports / Public Health]), was a manuscript reviewer for 39 journals, and served as president and secretary / treasurer of two international medical societies. His current research interests include ocular infectious disease epidemiology and the history of ophthalmology. His historical publications have included investigations of the blindness of Louis Braille, Dom Perignon and the Biblical St. Paul, among others.

He has been asked to consult as an expert in over 500 medical-legal cases. He has also served as a consultant to the: National Institutes of Health; Hospital Albert Schweitzer in Haiti; Veteran’s Administration; U.S. Air Force; American Medical Association; Harvard-Hsiao Resource-Based Relative Value Study; and author and Pulitzer Prize winner Stephen Hunter, who also characterized him in one of his novels, The Master Sniper. He has been quoted in The New York Times and was characterized in one, and appeared in another, nationally televised program.

Dr. Bullock (along with B.L. Elder, Ph.D., R.E. Warwar, M.D. and H.J. Khamis, Ph.D.) has been investigating a worldwide epidemic of infectious blindness which they traced to an improperly bottled and stored contact lens solution and published their findings in the New England Journal of Medicine.

Dr. Bullock was Wright State’s inaugural Public Health Grand Rounds speaker and is the author of the Introduction to the Delta Omega Classics article, The Mosquito Hypothetically Considered as an Agent in the Transmission of Yellow Fever Poison, by the Cuban ophthalmologist and infectious disease epidemiologist, Carlos Juan Finlay.

Publications:
Professional Affiliations/Memberships:
Awards/Recognition:
Is this you? Log in to update your profile.