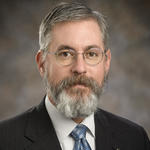 Jonathan Reed Winkler is Professor and Chair of the Department of History at Wright State University. A native of Ohio, he holds degrees from Ohio University's Honors Tutorial College (AB) and Yale University (PhD), and has studied at Capital University, the University of Edinburgh, and the University of Salamanca.  He is the author of Nexus: Strategic Communications and American Security in World War I (Harvard University Press, 2008, paperback 2013), winner of the Paul Birdsall Prize of the American Historical Association (2010), the Distinguished Publication Award of the Ohio Academy of History (2009) and the Theodore & Franklin D. Roosevelt Naval History Prize, awarded by the FDR Presidential Library, the Roosevelt Institute, the Theodore Roosevelt Association, and the New York Council of the Navy League of the United States.  He has delivered lectures before the American Philosophical Society and at the National Security Agency.

He teaches, researches and writes on U.S. foreign relations (1776 to the present), military and naval history, international history, and strategic thought in the modern era.

Winkler is a member of the Society for Historians of American Foreign Relations, the Society for Military History, the Phi Beta Kappa Society, and the United States Naval Institute.  He is a past president of the Ohio Academy of History.