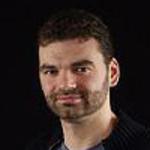 My research is on mathematical cognitive modeling, particularly models of configural perception, as a framework for both understanding the underlying processes and for measuring human performance.  Much of this research is using Systems Factorial Technology (SFT), a methodology for assessing the basic characteristics of cognitive processing, a framework to which I have made multiple contributions.

Although SFT is based on rigorous mathematical modeling, it lacked a mechanism for quantitative hypothesis testing.  To address this problem, I developed nonparmetric null-hypothesis-significance tests and nonparmetric Bayesian tests for use with each of the SFT measures.  I have also extended the range of cognitive processing models that are testable within the methodology.

There is a wide range of possibilities for using SFT in its current form to study human perception and performance, but much of the existing work focuses on relatively simple environments and tasks.  I am working to expand the range of applicability of SFT to more complex tasks and environments, both through extending the theoretical components and through developing new experimental methodologies.

I have also worked with SFT in a number of application areas, including collaborations with Air Force researchers on assessing three dimensional visual displays using cognitively based metrics and on developing cognitive models to study various approaches to information fusion.  In a project with another group at the Air Force, I am helping to develop optimal stochastic control models of visual search and target hitting in a dynamic environment.

These cognitive modeling approaches are also quite effective in measuring human performance, both in the general population and in clinical groups.  I am working with a group that includes researchers at the University of Utah and the University of Newcastle in Australia to identify individuals with extraordinary multitasking abilities and understand how they differ from ordinary people in terms of cognitive processing.  I am working with clinical researchers at Indiana University to use SFT to understand the nature of working memory deficits associated with externalizing disorders, such as alcohol dependence.  In another project at Indiana University, I am using SFT to characterize differences in the word perception between individuals with dyslexia and normal reading adults.