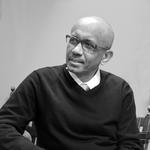 My current research interests focuse on:

1- Understanding and manipulating the Renin-Angiotensin System (RAS) relevant to hypertension and diabetes.

2- Use of MALDI- TOF-MS and  SELDI-TOF-MS to develop and optimize miniaturized novel assays for quantitative evaluation of localized and circulating RAS.

2- Our recent work focused on the development of urinary Angiotensin Converting Enzyme (ACE2 ) and neprilysin (NEP) as biomarkers for early detection of Chronic Kidney Disease in diabetic patients.

Our laboratory uses radiotelemetry, confocal microscopy, western blot and enzyme assay to investigate the effect of hyperglycemia on blood pressure, renal RAS and progression of CKD  in murine model of diabetes and hypertension.

Previous research interests were focused on extraction, purification and characterization of insulin mimetic molecules from Plasmodium yoelii. These molecules are related to Glycosylphosphatiylinositos (GPIs) which could have a potential as new antidiabetic agents.

2014- Present: Member of the American Society of Physiology (ASP).

2013- Present: Member of the American Society of Nephrology (ASN).

2011- Present: Member of the American College of Clinical Pharmacy (ACCP).

2005- 2009: Member of the American Society for Pharmacology and Experimental Therapeutics (ASPET).

1990- Present: Member of the European Association for the Study of Diabetes (EASD).