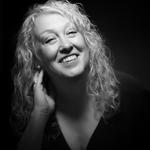 While living in the Los Angeles area, she sang extensively in regional opera theatre, singing roles such as Violetta in La Traviata, Blondchen in The Abduction from the Seraglio, and Musetta in La Boheme. In Colorado, Dr. Warrick performed in opera and musical theatre, with leading roles in such works as Tales of Hoffmann, Falstaff, and Brigadoon. She has had the priviledge of working with people such as Placido Domingo, Michael Tilson Thomas and Dave Brubeck.

Dr. Warrick made her Dayton Opera Debut in 1999 as Frasquita in Bizet’s Carmen as well as traveling to Colorado to sing Adele in the Little Theatre of the Rockies spring production 2000 of Die Fledermaus.

More recently, Dr. Warrick has sung recitals and given master classes in Florida, Texas, Utah, Colorado and Holland as well as in the Dayton area where she has had the privilege of working with some of the Miami Valley's finest high school singers. She regularly works with community theaters all over the Miami Valley as stage director, musical director and actor.

Dr. Warrick teachers applied lessons for both undergraduate and graduate students. She also directs the Wright State University Opera Theatre. In addition to these duties, she teaches Vocal Pedagogy, Italian, English and Latin Prounouciation, and Vocal LIterature for solo voice, opera and oratorio.