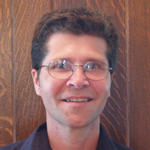 I am an historical archaeologist in the Department of Sociology and Anthropology. My research interests focus on marginalized groups—American Indians, women, minorities, the poor, and the institutionalized—in the United States during the 18th and 19th centuries.

Currently my research focuses on the Shawnee in Ohio during the late eighteenth century. WSU students and I are researching the Shawnee town of Piqua (ca. 1765-1780) and the battle of Piqua between the Shawnee of that town and an invading American militia force.

Much of my research describes Cherokee life in the mountains of North Carolina during and after the Removal. Excavations focused on the house site of John and Betty Welch, a Cherokee/Euro-American couple, who helped sustain a Cherokee community called Welch’s Town. For more than 15 years after the Trail of Tears (1839-1855), this diverse community of Cherokees and whites operated publicly as a Southern plantation (the Welches enslaved several African Americans) and secretly as a traditional Cherokee town.

From 2012-2014 I served as the director of the Camp Lawton research project. Camp Lawton was a Confederate POW camp in Georgia, occupied in 1864. The camp was built to relieve overcrowding at Andersonville, but did little to stop the suffering of Union prisoners. Our excavations uncovered the remains of Confederate officers’ quarters, Union prisoners’ huts, and several sections of the stockade trenches. One of the main goals of the project under my directorship was to compare the daily lives of prisoners and guards, with a particular focus on diet. I am also interested in the effects of long term incarceration on soldiers; many of these POWs were imprisoned for months or even years, and the physical, mental, and emotional impacts were devastating for most.

I hope to be of service to students at the university and to the general public. Archaeological and anthropological training our students receive will prepare them for jobs in archaeology and other careers. Public archaeology will also provide the local public with opportunities to learn about their history and about how archaeological research is conducted.

2022, “Determined not to abandon their country:” The Cherokees who avoided the Trail of Tears in North Carolina. University of Alabama Press. http://www.uapress.ua.edu/product/Their-Determination-to-Remain,7689.aspx

2022, “The Impact of Removal on Nineteenth-Century Eastern Cherokee Foodways.” Chapter in edited volume The Legacy of Jefferson Chapman and the Tellico Reservoir Project. Edited by Thomas Whyte and Clifford Boyd. University of Tennessee Press.

2018  "Community Behavior in a Post-Removal Cherokee Town." In The Archaeology of Everyday Matters, edited by Philip Carr and Sarah Price. University of Florida Press.

2018    ““Andersonville All Over Again”: An Archaeological Comparison of Union POWs and Their Confederate Guards during the American Civil War”. Fields of Conflict Conference, Mashantucket Pequot Museum and Research Center, Mashantucket, Connecticut.

2014    “The Whole Shebang: The Use of LiDAR Technology to Identify and Record Union Prisoners’ Huts at the Confederate POW site of Camp Lawton.” Society for American Archaeology conference, Austin, Texas (co-authored with Matt Luke).

M.A., Department of Anthropology, University of Tennessee, Knoxville. Thesis: The Archaeology and History of the Cherokee Out Towns.