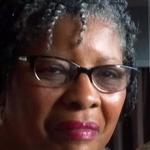 Marlese Durr is a Professor in the Department of Sociology/Anthropology. She received her Ph.D. from the University at Albany, The State University of New York. Her areas of specialization include work and occupations, race and labor markets, African Americans and social networks, entrepreneurship and inner-city neighborhoods, and stressful life events and African American women. She has served as the President of Society for the Study of Social Problems (2014-2015) and Sociologists for Women in Society (2004-2005), and Chair of Publications for Gender & Society. She is currently serving as an Advisory Board Member for Social Problems, and Founding Editorial Board Member of The Sociology of Race and Ethnicity.

Dissertation: The Use of Cross-Ethnic Ties in the Facilitation of Promotions: African Americans and Managerial Labor Markets in the Public Sector

1978 B. S., Liberal Studies, University of Detroit and University at Albany

Durr, Marlese 2006. “The Family-Work Interface.” in Race, Work, and Family in the Lives of African American Men and Women with Shirley A. Hill.

Durr, Marlese (2015) “What is the Difference between Slave Patrols and Modern Day Policing? Institutional Violence in a Community of Color.” Critical Sociology 41(6)873-879.

Durr, Marlese. (2013) “Meeting the Healthcare Needs of African-Americans: Challenges of the Affordable Care Act” Vol. 24 No.2 with Barbara Fowler in the Journal of The National Black Nurses Association.

Durr, Marlese. (2013) 2) “The Donut Hole Experience: Using a Discerning Eye while Walking in Cities in For the Walking in the City: Quotidian Mobility and Ethnographic Method, Temple University Press (in-Press)