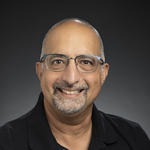 Matthew P. Benjamin is heading into his 25th year at WSU as a professor of theater and the resident lighting designer for Wright States University’s Theatre and Dance Programs. He also serves as the Head of the Theatre Design and Technology Program.

Matthew has designed lighting for a wide variety of genres, including opera, ballet, contemporary dance, musical theatre, drama, business/corporate theatre, and casino productions, as well as concert lighting for The Doobie Brothers and other national recording artists. He is also a theatrical consultant to educational programs and professional organizations, having recently designed lighting systems for a tap room, a municipal library, and a new performing arts center.

He has also taught at the Interlochen Center for the Arts, Richard Stockton College of New Jersey, University of Cincinnati, and the New Jersey Governor’s School for the Arts.

His former students can be found working as associate and assistant lighting designers with Broadway designers, such as Ken Posner, Paul Gallo, Ken Billington, and Natasha Katz. They have served as the associate and/or assistant lighting designers for Broadway productions including Mr. Saturday Night, Beetlejuice, The Play That Goes Wrong, Mrs. Doubtfire, Kinky Boots, Lysistrata Jones, Oklahoma, King Kong, Mean Girls, Sondheim on Sondheim, Groundhog Day, American Psycho, Finding Neverland, The Elephant Man, If/Then, Matilda The Musical, and The Addams Family. They are working with numerous Cirque du Soliel and Blue Man Group productions. They have been on the road or served as assistant or associate lighting designers with the national tours of Wicked, Kinky Boots, Spring Awakening, Rent, My Fair Lady, and many others. They have toured with numerous national recording groups, including Motorhead, Justin Moore, and The Band Perry. They are working for or have worked for Rosco, LEX Products, Vincent Lighting Systems, and Mainlight Industries.

Matthew received his M.F.A. in theatrical design and production from the University of Cincinnati (College Conservatory of Music). GO, Bearcats!!! His B.F.A. in lighting design is from the North Carolina School of the Arts. GO, Pickles!!! And, no, that is not a typo. We are the Fighting Pickles!!!

M.F.A in Theatrical Design: University of Cincinnati, College-Conservatory of Music