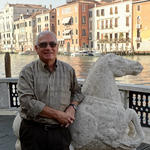 Our laboratory is involved in the study of proteins and DNA sequences that control DNA replication in eucaryotic cells, and the relationship of replication to human disease. The primary model system we use is the human c-myc origin of replication. Replication begins within 3-5 kb upstream of the c-myc gene, and a 2.4 kb segment of this region acts as an autonomously replicating origin element in plasmids in vitro and in vivo. The same 2.4 kb segment of the c-myc origin acts to induce replication in flanking chromosomal DNA when transposed to an ectopic chromosomal location.

We have carried out real-time PCR quantitation of the replication activity of a series of c-myc replicator constructs integrated by FLP recombinase at a unique HeLa chromosomal location. These experiments have identified regions of the c-myc replicator essential for chromosomal replication origin activity, including the 3? transcription factor binding domain, and the DNA unwinding element (DUE).

An inducible transcription factor binding site could restore ectopic origin activity to the inactive replicator deleted for the 3? transcription factor binding domain, and we have shown that a heterologous microsatellite DUE (ATTCT)n can restore origin activity to the c-myc inactive replicator deleted for the endogenous DUE. Using chromatin immunoprecipitation we have analyzed the cell cycle-dependent binding of the origin recognition complex (ORC), Cdc6 and the MCM helicase complex to the c-myc origin, and found that ORC and Cdc6 bind predominantly at sites flanking the DUE while the MCM helicase is more closely associated with the DNA unwinding element. Alteration of the c-myc origin chromatin structure by deletion of a positioned nucleosome or by histone hyperacetylation, respectively, eliminated origin activity or led to a dispersed pattern of MCM binding and replication initiation.

Our current work continues to use the ectopic c-myc replicator to analyze the effect of disease-related non-Watson-Crick DNA sequences (triplexes, unwound DNA, trinucleotide repeats) on replication and chromosome instability. The goals of this work are to identify the causes and consequences of break induced replication at microsatellite DNAs.

Microsatellite DNAs are a diverse set of short (1-9 bp) sequences tandemly repeated up to ~40-50 times. These abundant repeats (~3% of the genome) are hotspots for DNA double strand breaks (DSBs). Microsatellite instability is responsible for nonrecurrent hypermutation and complex genome rearrangements (CGRs) in more than forty neurodegenerative diseases and multiple cancers. There is strong evidence of replication-dependent microsatellite DSB recombination at CGR junctions in model organisms and tumors.

Replication induced DSBs have been attributed to (CNG)n, (GAA)n, and AT-rich repeats at chromosomal fragile sites (CFS). However, we still do not know the mechanisms by which microsatellite structures cause chromosome breaks.

To measure replication-dependent DSBs at microsatellite repeats, we devised the dual fluorescence (DF) set of constructs in which the c-myc replication origin is adjacent to a microsatellite repeat and flanked by fluorescent reporter genes (dTomato, eGFP). All DF constructs were integrated individually at the same genomic target site (Flp recombinase target site, FRT). DNA double strand breaks in DF cells can be detected by flow cytometry due to the loss of one or both fluorescent reporter genes.

Using clonal cell lines derived from chromosomal integration of the DF constructs into the human genome, we have shown that non-Watson-Crick structures represent blocks to replication fork progress and lead to DNA double strand breaks and break-induced replication.

By the manipulation of various microsatellite DNA sequences and the proteins involved in replication fork stabilization and repair, we can identify the causes and consequences of genome instability that arise from the replication of non-Watson-Crick DNA structures.