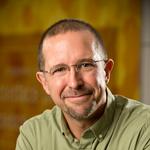 Michael L. Raymer graduated in 1991 from Colorado State University with a B.S. degree in Computer Science. He earned an M.S. degree in Computer Science from Michigan State University in 1995 and a Ph.D. degree in Computer Science from Michigan State University in 2000. While at Michigan State, his research crossed the boundaries between computer science and biochemistry. He worked in the Protein Structural Analysis and Design Laboratory, directed by Dr. Leslie Kuhn, and also in the Genetic Algorithms Research and Applications laboratory, directed by Dr. Bill Punch and Dr. Erik Goodman. His work in both labs was directed at developing algorithms to analyze and predict interactions between proteins and water molecules. In addition to his position as Department Chair, he currently holds the rank of Professor in the Department of Computer Science and Engineering at Wright State University, is a member of the faculty of the Biomedical Sciences Ph.D. program and the Environmental Science Ph.D. program, and is co-founder and Senior Systems Engineer for Forensic Bioinformatic Services, Inc. (FBS). At FBS, Dr. Raymer co-directs an active research program investigating statistical, biological, and technical issues related to the analysis and interpretation of forensic DNA evidence. Dr. Raymer co-developed the undergraduate program in bioinformatics at Wright State University, the first such program in the nation to be funded by the National Science Foundation. He is co-author of the textbook Fundamental Concepts of Bioinformatics, the first undergraduate textbook in bioinformatics, available from Benjamin Cummings publishers. Michael and his students have published more than 75 peer-reviewed papers, and have been cited more than 3200 times, including a citation by Justice Samuel Alito in a ruling of the United States Supreme Court related to the use of DNA evidence in the courtroom.