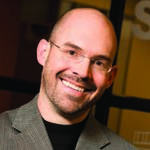 Dr. Nathan W. Klingbeil is a Professor in the Department of Mechanical & Materials Engineering at Wright State University (Dayton, OH).  As Dean of the College of Engineering and Computer Science from 2013-2018, he led the College to all-time record highs in enrollment and degrees awarded at both the undergraduate and graduate levels. Prior to his appointment as Dean, he served as Senior Associate Dean from 2012-2013, as Associate Dean for Academic affairs from 2010-2012, as Director of Student Retention and Success from 2007-2009, and held the University title of Robert J. Kegerreis Distinguished Professor of Teaching from 2005-2008. Prior to joining the Wright State faculty, he worked as a Materials Research Engineer at the Air Force Research Laboratory, Materials and Manufacturing Directorate (WPAFB, OH).  Dr. Klingbeil’s research interests are in the general areas of fatigue crack growth and life prediction in aerospace materials, mechanics of materials and advanced manufacturing processes, and STEM education.  Since joining the Wright State faculty, his scientific and education research has been supported by over $7.5M in external funding from both state and federal sources.  Much of his scientific research has focused on additive manufacturing with metals, including residual stress-induced warping, interlayer debonding (initiation and growth of interface cracks), and prediction and control of microstructure. In addition to his scientific research, he has been heavily involved in engineering and STEM education reform.  As the lead investigator for Wright State’s NSF funded National Model for Engineering Mathematics Education, he has worked directly with dozens of collaborating institutions across the country to help increase student success in engineering and other STEM disciplines.  He has served as a content expert, invited speaker or workshop facilitator for a variety of higher education and professional development organizations, including the AAC&U, Complete College America, Academic Impressions, the Texas Higher Education Coordinating Board and the University System of Georgia, and is widely regarded as a national expert in student retention and success in STEM.  In additon to his work at the national level, Dr. Klingbeil has also been actively engaged in growing the STEM pipeline in the Dayton region, having served on the Governing Board of the Dayton Regional STEM School since 2010, as well as on the Board of Trustees for the Engineering and Science Foundation of Dayton since 2015.  He has received numerous awards for his work in engineering education, including Lifetime Achievement Awards from both the Dayton Defense Educational Foundation (2017) and the Dayton Section of ASME (2016), and was named the 2005 Ohio Professor of the Year by the Carnegie Foundation for the Advancement of Teaching and Council for Advancement and Support of Education (CASE).  Dr. Klingbeil earned his Bachelor of Mechanical Engineering from the University of Dayton in 1993, and his M.E. and Ph.D. degrees in Mechanical Engineering from Carnegie Mellon University in 1995 and 1998, respectively.