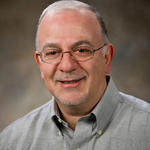 NMR-based Metabolomics and Tissue Metabolism
In general, I am interested in studies of tissue metabolism using NMR spectroscopy. We are developing NMR-based metabolomics techniques in support of predictive toxicology, and as a means to monitor metabolic changes in response to various stimuli.

The 360 NMR system has various Bruker commercial probes for proton, fluorine, and broadband capabilities. This system is also used for NMR studies in vivo and is equipped with several home-built probes that can accommodate mice or rats.