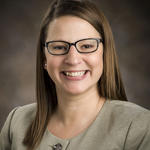 Stephanie graduated from Eastern Kentucky University in 2001 with a Bachelor’s degree in Political Science and graduated from the University Of Dayton School Of Law in 2005. She began her legal career in private practice in the Dayton area in 2006 and joined the Wright State University Office of Student Legal Services in 2008. Ms. Allen originally hails from the Bluegrass state, but has resided in Ohio since 2001. She lives in Englewood with her husband, Frank, daughter, Madeline, and twin sons, John and Evan. When not practicing law, she enjoys cheering on her University of Kentucky Wildcats, dominating her fantasy football league, traveling, and reading.