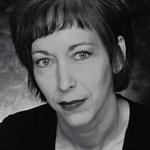 Teressa’s choreography has been viewed in over eighty productions of both concert dance and musical theater in regional, summer stock, and university venues including Music Theatre of Wichita, West Virgina Public Theatre and The Human Race Theatre. She has received three Kennedy Center Meritorious Achievement Awards for her musical theater choreography in Fiddler on the Roof, Carousel, and Babes in Arms. Her choreography in modern/jazz won her recognition as the 1999 recipient of Artist Fellowship in Choreography from Kansas Arts Commission.

Choreographic credits include numerous concert dance works in ten Winter Dance Concerts, Hairspray, A Chorus Line, West Side Story, Caroline or Change, AIDA, Cabaret, Nine, The Pajama Game, Carousel, Fiddler on the Roof, Sweeney Todd, Funny Girl, and On a Clear Day. Teressa has extensive choreographic and performance experience in modern dance having performed with various modern dance companies in New York City including Solomons Company/Dance. Professional credits include Mary Riley/Dance Captain in the World Premiere of Jekyll and Hyde at the Alley Theater, the First National Tours of Sophisticated Ladies, and My Fair Lady, and numerous regional theater work including Mrs. Potiphar in Joseph…Dreamcoat, Cassie in A Chorus Line, and Lorraine Fleming in 42nd Street. Teressa has worked in the US, Japan, and the USSR with such personalities as Frank Wildhorn, Jerry Mitchell, Linda Eder, Tommy Tune, Hinton Battle, Gregg Burge, and Laurie Beachman. Teressa holds a BFA from North Carolina School of the Arts and a MFA from Sam Houston State University.