Wright State Newsroom: New director of Disability Services is on the job 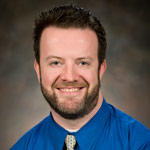 Tom is the ADA/504 Coordinator and Director of the Office of Disability Services at Wright State University.  He comes to Ohio from the University of Delaware, where he served as their ADA/Section 504 Compliance Officer and as the Director of Disability Support Services.  He has also held director positions at McDaniel College and Chesapeake College, both in Maryland, and taught classes in undergraduate and graduate programs on disability studies, special education and special education law.

Tom served for two years in Washington, D.C., as a Kennedy Disability Policy Fellow, which included working with the 110th Congress on multiple policy issues related to education, labor and disability. His efforts in that role included negotiating and drafting the Americans with Disabilities Act of 2008. In 2009, he was appointed by the governor of Maryland as chair of the Maryland Developmental Disabilities Council.  Tom earned his bachelor’s degree in Political Science and master’s degree in Psychology from Washington College in Maryland, and is a doctoral candidate in Education: Innovation and Leadership at Wilmington University in Delaware.