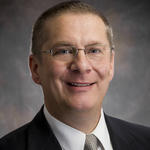 Built a diverse portfolio of advanced biotechnology R&D of approximately $90M per year, which exceeds the portfolio size of the average DARPA program manager by 350%.

Established a program to develop a man-portable device that cleans blood of pathogens, inflammatory mediators and toxins. Developed component technologies and designed an integrated device for the treatment of sepsis, an overwhelming infection that results in the loss of 200,000 American lives and $20B annually. In two years, demonstrated effective removal of a broad range of pathogens from blood including the top 15 bacteria responsible for over 95% of sepsis. Demonstrated an 80% decrease in mortality with treatment of infected animals. Removed greater than 90% of multiple viruses from blood including Ebola, influenza, and HIV. Facilitated selection and development of the integrated device within the FDA Medical Counter Measure Innovation Pathway and on target to transition an FDA IDE approved device into clinical trials at the end of this program.

Established a program to develop safe, biocompatible nanoplatforms that enable revolutionary in vivo diagnostics as well as targeted delivery of biologic therapeutics. Selected and aligned world class teams from academia and industry. Developed an implantable nanosensor "tattoo" that detects small oligonucleotides an animal produces when infected by a virus. In less than one year, developed inverse molecular sentinels that identified specific oligonucleotides at 1 nanomolar concentration in complex biologic fluids.

Facilitated development of surgical robotic and telemedicine technologies that are widely used in surgical training and care.

2006                 Best Technology Presentation Award for “Telesurgery in an Extreme Environment in the Absence of a Local Physician – The NEEMO 7 & 9 Missions,” (European Association for Endoscopic Surgery/World Congress of Endoscopic      Surgery)